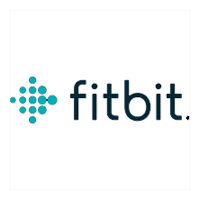 Fitbit today announced that they are in an agreement to be acquired by Google for a deal that's worth approximately $2.1 billion. Fitbit co-founder and CEO further said:

"More than 12 years ago, we set an audacious company vision - to make everyone in the world healthier. Today, I'm incredibly proud of what we've achieved towards reaching that goal. We have built a trusted brand that supports more than 28 million active users around the globe who rely on our products to live a healthier, more active life. Google is an ideal partner to advance our mission. With Google's resources and global platform, Fitbit will be able to accelerate innovation in the wearables category, scale faster, and make health even more accessible to everyone. I could not be more excited for what lies ahead."

""Fitbit has been a true pioneer in the industry and has created terrific products, experiences and a vibrant community of users. We're looking forward to working with the incredible talent at Fitbit, and bringing together the best hardware, software and AI, to build wearables to help even more people around the world."

As we all know, Fitbit is the pioneer in wearable tech. This works quite well with Google's plan to build their own smartwatch, the rumoured Pixel Watch, which then will compete head-on against Apple's Watch in what will be a renewed competition in wearable tech.

What do you think of this M&A?

#acquires #acquisition #firm #fitbit #google #merger #tech #wearable
Super High ROI Amazon Affiliate Website - Build for You + Coach You to Profit + 1 Year Money Back by Verena
I'll Help You Grow Your Sales, Get Unstuck, or Get Started (100% FREE!) by Tanda Copywriting
View All Offers...
Launch your WSO
Advertise with Us
Advertise with Us