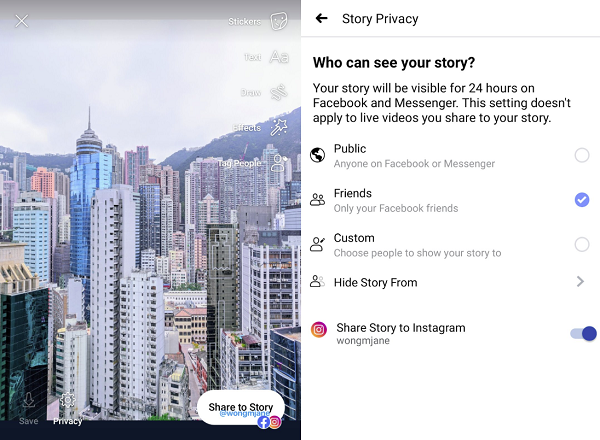 The feature was first reported by engineering expert Jane Manchun Wong, who tweeted a screenshot of the new option. The latter will then appear in a user's Facebook Stories visibility options, with a toggle enabling cross-posting Facebook Stories to Instagram. Users can also post stories to both platforms.

This is at par with the current usage trend of Stories as the primary social sharing medium, in line with LinkedIn and Twitter both testing out new stories feature.

#crossposting #facebook #feature #instagram #stories
[Gyuman82's Newb Website Bootcamp] Get Your Website To The $100/Day Holy Grail Newb Milestone! by GyuMan82
Bumping your thread by WarriorForum.com
View All Offers...
Launch your WSO
Advertise with Us
Advertise with Us