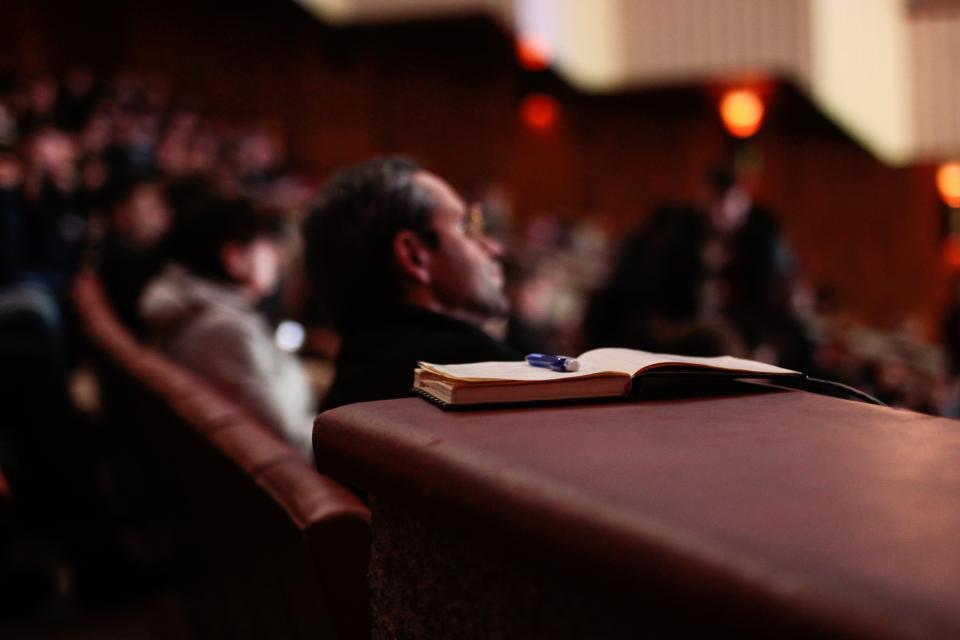 Top 15 Motivational Videos of 2017 for Entrepreneurs - Learn from the Most Successful and Influential Business People - Experts Have Spoken!

Nice Sabino | 3 years ago
Top 15 Motivational Videos of 2017 for Entrepreneurs - Learn from the Most Successful and Influential Business People - Experts Have Spoken!

We are just a couple of months away before the year ends, and so I gathered some of 2017's most outstanding entrepreneurial videos of renowned motivational speakers, entrepreneurs, digital marketers, and investors. Probably most of you already follow their works and may have already watched some of these videos.

Together, in retrospect, let's indulge in this grand opportunity to increase our knowledge and learn from these prominent experts.

For aspiring entrepreneurs and to those who are already making names as entrepreneurs, make sure to watch the videos in their entirety.

A go-getter, distinguished business magnate, investor, and philanthropist, Richard is the Founder of Virgin Group, a large corporation who runs more than 400 variety of companies from Entertainment, Health, Media to Business Services, and more.

Richard started this year with his A to Z of Business series and kicked off with A for Attitude, where he explains the importance of one's attitude to their success.

These mini-clips will have a massive impact on your business perspective. So watch out for the complete series, and it's unquestionably a great way to end the year and plunge into 2018!

The CEO and founder of VaynerMedia, a digital marketing agency that offers diverse services to boost businesses developments. He is a 4-time New York Times bestselling author, speaker and digital marketing expert.

In this interview with Tom Bilyeu, Gary Vee shared how someone's perspective would have a significant impact on how you will succeed or fail in your venture.

Make sure you watch the entire clip! I'm sure you wouldn't want to miss the fun part when he shared how he's training his kids.

A self-confessed optimist and influential visionary, which makes him one of the best motivational speaker, marketing consultant, and an author. Simon's notable for developing the concept of “The Golden Circle” and “Start With Why.”

It's terrific how Simon generously shared in this video Why he does what he's doing, which is to motivate people to do what inspires them. With a vision that we can make the world a better place altogether; imagining one day, most people waking up every morning fired up to go to do their craft.

They also tackle the topic of finding your passion, being inspired to go to work in the morning, building trust, and being a great leader.

Tim started as an independent technical writer before starting his own writing consulting firm which then expands and began publishing books about computers and programming.

The Equitable Growth invited Tim O'Reilly for an open discussion where he unveiled the ideas in his newly published book, WTF?: What's The Future and Why It's Up to Us. The talk highlighted the implications of Artificial Intelligence (AI) to our future, and he elucidated one of the biggest arguments in his book, "History tells us that technology kills professions, but it does not kill jobs."

He's very optimistic about the effects of the technology, and he has this magnificent vision that the technology would even boost our production without taking away people's job.

A blogger, entrepreneur, and an author of 18 bestselling books that have been translated into more than thirty languages. Seth is the founder of an online leadership and management workshop, altMBA.

During the interview in The Drucker Business Forum at Claremont Graduate University, Seth narrated how he started as a book packager where he thinks of ideas for books, in essence, that he can sell them to a publisher. In this conversation with Lisa Napoli, Seth also uncovered how he used the power of the internet to his advantage, to improve his team and in making it easier to sell stuff online.

One of the most established American entrepreneurs, business people, and investors. A Co-Founder of AOL, and the Chairman and CEO of Revolution, an American investment firm.

He is best known for discovering ways on how to survive and succeed in this fast-changing technology.

Steve is the author of The Third Wave: An Entrepreneur’s Vision of the Future, a Wall Street Journal and New York Times bestseller.

An entrepreneur, digital marketing blogger, strategist, keynote speaker and a bestselling author. Jeff is the CEO of Jeffbullas.com, a consulting, new media and digital services company, specializing in marketing strategies, seminars and consulting for businesses and brands.

Jeff discussed in his keynote address that the most significant challenge every digital marketer face is fighting the algorithm of the two companies that own the highest advertising growth, Facebook, and Google - and they're the ones controlling the algorithm.

An author, speaker, and journalist, Malcolm earned his reputation with the article he's written for The New Yorker: "The Tipping Point" and "The Coolhunt," in 1996. These columns have been the groundwork for Malcolm's first New York Times Best Seller: The Tipping Point: How Little Things Can Make a Big Difference.

Malcolm and Adam Grant had a great debate on whether we should improve our ways in evaluating our progress and prevent bias towards speed. They stated some cases where you need to overlook speed to achieve the result that you want. Though most of the time, speed and performance should work hand-in-hand to produce an excellent outcome.

An author of four #1 New York Times and Wall Street Journal bestsellers, including his latest, Tools of Titans: The Tactics, Routines, and Habits of Billionaires, Icons, and World-Class Performers. He is also an investor and advisor to Facebook, Twitter, Uber, Nextdoor, Alibaba, StumbleUpon, Evernote and other established companies.

Tim Ferris is the host of one of the most successful podcast shows, The Tim Ferriss Show. And in this video, he shares some good advice if you're starting a podcast or business from scratch.

With over 200 million podcast episodes downloaded, you would surely want to know how he made it this far.

An entrepreneur, podcaster, and a technology investor, Kevin also co-founded Digg, a feed aggregator that delivers the most trending and compelling stories on the internet these days.

In his latest talk in the TNW Conference, Kevin tackles the effect of the technology to the entrepreneurs. He's asked five questions about the impact of the changes happening in technology today, in relation to the status of his career now.

An entrepreneur, philanthropist, leading life and business strategist, and a #1 New York Times best-selling author. Richard is also the Chairman of Tony Robbins Holdings, Inc., a partner of various industries.

During the 2017 iConic Conference, Tony was asked what he would do when he has self-doubt and how he would shift his mindset. He emphasized that self-doubt is not the actual problem, it's the questioning. He was on point when he explained that if you're questioning what you're doing all the time, fear and doubt will ruin your confidence.

Notable author of Rich Dad Poor Dad, the #1 personal finance book of all time. Robert is an investor, entrepreneur, motivational speaker, and podcaster. He is the Founder of the Rich Dad Company, a financial education firm that offers online training on business and personal finance.

Robert Kiyosaki and his better half, Kim, did a Q&A session about Financial Literacy. The fundamental key they discuss is why money should not be the number one reason if you want to be a successful entrepreneur, your core goal should be for your personal development. As an entrepreneur, you'll surely face different challenges, so you always need to be the better version of yourself to have the proper mindset to solve the difficulties.

An award-winning motivational speaker, author, entrepreneur, and business coach. Jack is the CEO of The Canfield Training Group, a team dedicated to conducting evolutionary training to produce successful individuals, and companies.

In one of Jack's motivational video, he implies that we should stop ignoring the five steps people often overlook on their journey to success. And it's surprising to discover that people commonly disregard believing in themselves.

A chart-topping author of over 70 books that have been translated into dozens of languages and distributed worldwide, Brian has produced 300 audio and video learning presentations, including the worldwide hit, Psychology of Achievement, which has been translated into nearly 30 different languages. He is also the Chairman and CEO of Brian Tracy International, a company concentrating on business or personal coaching, and professional development.

All people have goals, but some seem to be more driven than others in attaining them. And Brian believes that those people who succeed have a solid system and action plan.

In this lecture, Brian discussed how to create an effective action plan. The primary piece is to determine and decide exactly what you want or need to achieve. It's better if you can be more specific, you can state the exact amount of money you'd like to earn or set a particular duration of time to finish a task. This step will highly make you more successful than others because most people have no idea what they really want.

An online entrepreneur, computer programmer and a co-founder of three famous digital publishing companies: Blogger, Twitter, and Medium. Ev developed Medium to offer a platform to amateur and professional publishers to have a way to publish contents longer than Twitter's character limit.

During a keynote conversation with WNYC's Manoush Zomorodi, a podcaster, author, and host of Note to Self, Ev shared how people can define and create good content to drive traffic and gain the audience's attention.


It's great having the opportunity to come across and watch these videos, and it really inspires me to do better in 2018. I'm hoping that this article would also have the same effect on the readers. I want to hear your views, opinions, or what pieces of advice you think these motivational speakers strike you the most. Let's start a discussion here: 15 Entrepreneurs' Motivational Tips and Expert Advice in 2017 to Keep You Going in 2018!


Discuss
Comment on this article at Warrior Forum →
About the Author 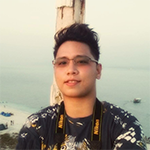 A dexterous person refined by a curious and brave mind. Adept in learning and acquiring several skills through reverse engineering, A/B testing, and trial & error. Currently, a Warrior Forum Content Manager, responsible for producing quality contents respectively on Warrior Learn and alongside the forum itself. The core goal is to engage and build a good relationship with aspiring and renowned digital marketers.