Advertise with Us
A new article on Search Engine Journal confirms that Microsoft has moved to bring its management interface more in line with Google's controls and make things easier to use.

The change gets rolled out over the next few weeks, and you'll notice everything makes it much simpler to identify important aspects of campaign performance. Microsoft had been using something that was far more similar to an older version of Google Ad Manager - so, it looks like the move is designed to make it easier for users to switch between the two interfaces.

A new layout aimed at users managing several accounts provides manager-level insights that are faster to identify. You get to monitor via four tiles - Performance, Accounts, Top Changes, and Accounts and Devices: 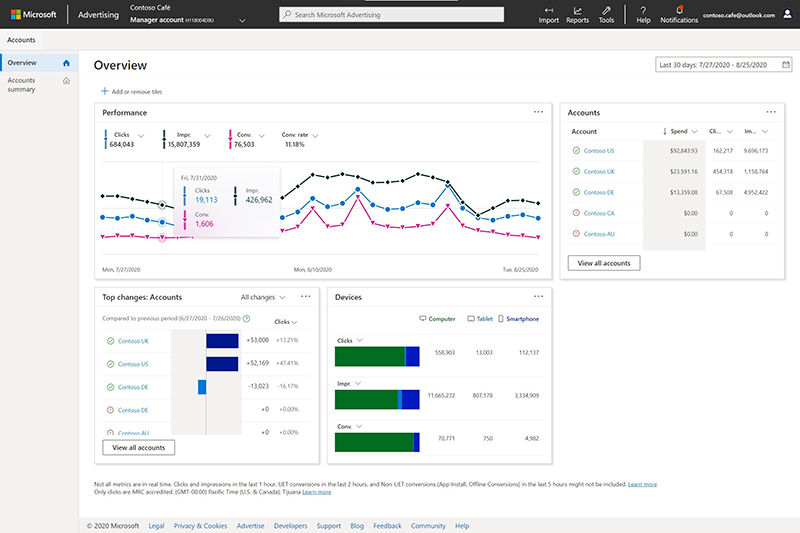 Via the Performance tile, you can easily identify and manipulate how different metrics gets displayed in the form of a line graph. It's also possible to see which changes are occurring for each account, and which metrics apply as per each device. Microsoft says that the interface has been brought more in line with the feel of its other products, but also acknowledge the experience is more similar to using Google's Ad Manager. 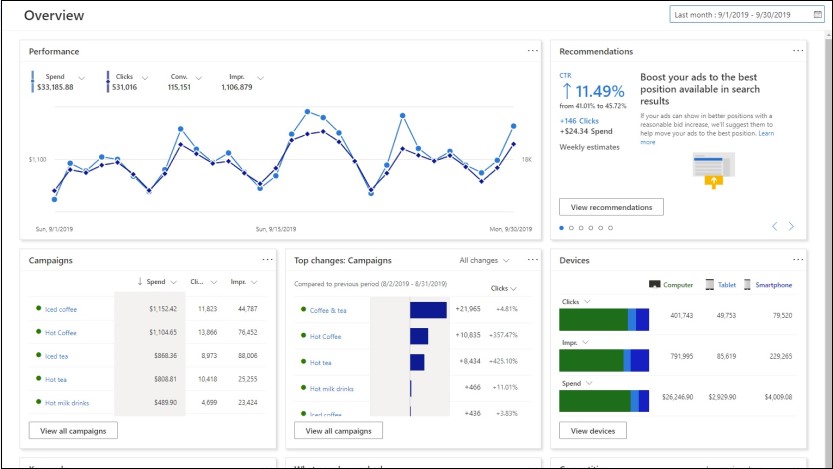 It's quite a major change and one that will likely be appreciated by busy managers working across several platforms on multiple accounts. There's no longer a need to adapt to a radically different interface when switching to Microsoft - and that should speed things up a bit. Looking at the older version highlights the changes Microsoft has made: More updates are on their way

We're being promised further changes as part of a wider general redesign, which will take place gradually. Future changes to the billing management area can be previewed currently by either contacting your Microsoft Ads rep - or if you don't have a rep, by electing to answer a survey.