Advertise with Us
A new article on Search Engine Journal reports that Google updated users on its ongoing indexing issues, saying that the widespread problems with its mobile indexing and canonicalization are almost solved. Google SearchLiaison took to Twitter earlier in the week to issue an update about the long drawn out problems with Google's mobile indexing. The account said that the main indexing issue is 99% fixed. There are still some problems with canonical indexing, however. The estimate for that particular set of issues was that it is only 55% resolved, unfortunately.

Publishers first noticed Google gremlins when web pages started to drop off the index for no apparent reason. In fact, it often happened with home pages. Unfortunately, the problems were not just limited to home pages. New web pages were also taking ages to get indexed. Some web publishers even reported that you could partially fix the problem by resubmitting any dropped URLs to Google Search Console - and that resulted in the missing pages getting restored.

There has also been widespread problems with how Google gives attribution to web pages with duplicate content. The canonicalization issues extended to Google displaying infringing content instead of the original versions. That could happen if, for example, someone scraped your page. It was also happening with syndicated content: 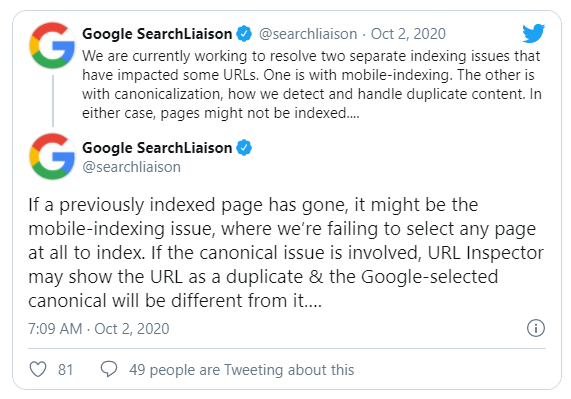 Luckily, it now appears that the issues are gradually getting resolved, which is going to be great news for publishers all over: 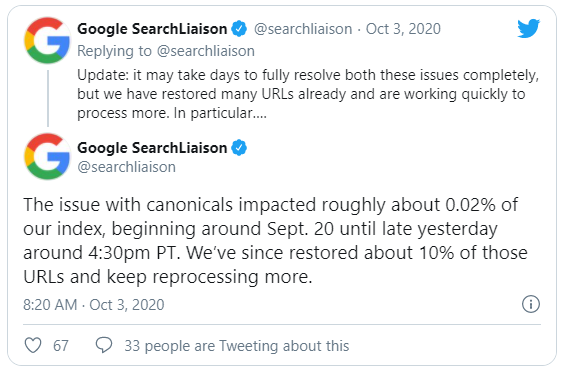 #bug #fixed #google #indexing #update
Super High ROI Amazon Affiliate Website - Build for You + Coach You to Profit + 1 Year Money Back by Verena
I'll Help You Grow Your Sales, Get Unstuck, or Get Started (100% FREE!) by Tanda Copywriting
View All Offers...
Launch your WSO
Advertise with Us
Advertise with Us