Advertise with Us
A new article on Social Media Today reports that Twitter's new business profiles look to be getting closer to a full launch, with a new 'Convert to Professional' option spotted in testing by app researchers.

The option was spotted by app analysts, with the new, three-step process asking users to select a business category for their presence and assign themselves as either a 'Business' or 'Creator' profile. The actual conversion doesn't work as yet. Once you've selected the last response, the screen just refreshes and doesn't go any further - but the process likely indicates what users will eventually need to do in order to switch over to a professional presence. Twitter first previewed its coming business profiles back in February, before launching a live test with selected users in April:

Once you convert, your profile will display additional contact info and options: 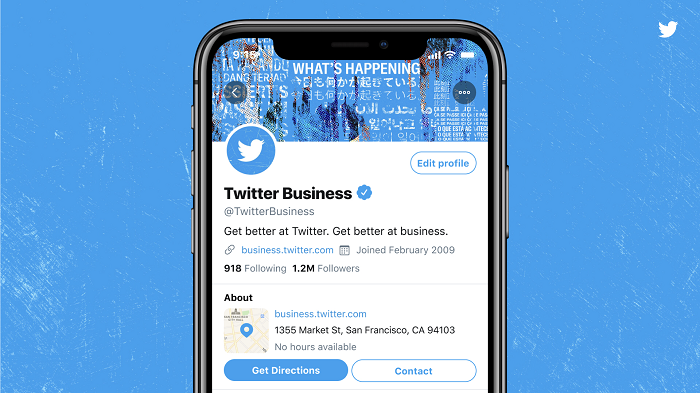 Twitter's Professional Profiles could also eventually incorporate other options, like a product display panel or an image gallery.

In June, Twitter launched 'Twitter Blue' in selected regions. Twitter will also look to charge a similar monthly rate for access to new business tools - which Twitter did allude to last July as part of a user survey on potential paid options. Aside from 'Undo send' and the new color options now available as part of Twitter Blue, Twitter also asked whether users might be willing to pay for business functions like brand surveys, auto-replies, job ads and additional analytics elements.

#business #closer #convert #option #professional #profiles #step #twitter
Super High ROI Amazon Affiliate Website - Build for You + Coach You to Profit + 1 Year Money Back by Verena
I'll Help You Grow Your Sales, Get Unstuck, or Get Started (100% FREE!) by Tanda Copywriting
View All Offers...
Launch your WSO
Advertise with Us
Advertise with Us