Advertise with Us
Making money is easy. When you know how.

If you don't know how easy it is to make money, this thread is for you because clearly... you need this information to move you from where you are now towards making a hell of a lot of money in 2013 and beyond.

Many of you, the majority in fact - I know what you're going to do with this advice.

Nothing. That's what you're going to do with it. I know it. You know it. No point beating around the bush. If this is you, you might as well stop reading right now.

But for those of you who are serious making money in 2013...

If so, here is some FREE business advice for you. Your road map to the success you desire in your life.

It's no biggie. It's no big secret. Just a few simple words which if acted on by you, applied directly into action will pay you enormous benefit.

First: You need to decide for yourself exactly what it means to you to be wealthy.

Now wealth is subjective. One wo/man's idea of wealth may not be your personal idea of wealth. $10,000 to one wo/man might mean the difference between life and death, for someone else on the other hand, this piddling amount of cash might mean squat.

$100k this year to some of you might make you think you're wealthy. To someone else it's clearly not enough to enable them to do what they want to do this year, with their life.

$500k this year to some of you might seem like a pipe dream. For others, this will become a reality.

Fact is only you can decide at what level you want to play at.

There's nothing wrong with aiming for $10k this year or whatever amount you choose. What you want to do is up to you, nobody else.

Make it as big a target as possible.

A target which is nigh on impossible to miss. The bigger the target is in your mind and the positive changes this will bring about in your life, when you go to shoot for this target, the bigger it is, the less likely you'll be to miss your target altogether.

The rest of you, if you didn't get this advice first time round, I suggest you go back and read it again and again until the point well and truly hits home.

Visualizing your goals is a constant process something you need to be doing every day.

Second: Whatever your personal definition of wealthy is, whatever your goal is for 2013 whether this be an extra $10k or $1m rather than going it completely alone, make it a habit to study other successful individuals.

If you have a goal to earn $10k in 2013 study someone who has a good track record of making an extra $10k repeatedly year in, year out.

If you have a goal to earn $1m in 2013 obviously studying the habits of someone earning $10k per year isn't going to cut it for you. So you need to study closely the habits of people who are making $1m net profit per year if this is your goal.

Why start over completely from scratch? Why make your goal setting exercises and their corresponding action plans harder work than it needs to be? Many have gone before you and have set up highly successful thinking processes and action plans / implementation strategies to achieve what they want.

Chances are in doing so they've made more than a few mistakes along the way. Mistakes they don't want you to make. So simply follow in their footsteps.

Follow the direct example left by more successful individuals who have gone on to become what you yourself want to become in the future.

Examine what they do to achieve their goals. Dissect their methodology, analyze their thinking, emulate their work ethos and chances are by following in their footsteps closely you will be smoothing ahead of yourself any rubble or rocks in your way.

Imagine in front of you a meandering 'road' ahead of you going into the distance. This is 2013. It's a difficult road to follow with no direction. Full of treacherous obstacles the going is tough. It's slippery, muddy, full of potholes and a precipice on each side. For the unwary this road is almost impossible to pass.

So the smart driver, 'you' looks at the road first much like a canoeist evaluates a river rapid to decide the best or most effective way downstream.

Why look here! Someone has gone before you. Well I'll be damned, it's a tracked vehicle, you can clearly see the tracks just up ahead. You wander over and gauge the width of the tracks in the mud and slime. Yep, this is doable you think to yourself, all I need to do is to follow in these tracks which have gone before me, if I do this I might have a better chance of getting some real traction on this road.

The fool ignores the tracks already laid in the road to his or her peril. Whereas the wise person follows in the tracks closely and so makes much better progress.

Do you see the point?

The point is when you follow in the path of more successful people who have gone before you, you end up possibly not making the same mistakes yourself.

Even the most successful people, in their wake, in their rise to stardom leave clues behind them what lessons to learn, what not to do to fall off the precipice and exactly what to do, where and when, so you too can share similar success stories in the future.

In other words, why make making money in business more difficult than it has to be when all you need to do is to follow in the footsteps of those who have themselves prepared the way for you in advance?

The moral of the lesson here? Don't do that which doesn't push you towards whatever your goal is. Do do whatever you need to do to make your definition of personal wealth come true.

Easy words to dismiss huh? Out of hand. Just another few words on a page, right?

Fact is, ignore this advice and it could cost you dearly.

It could cost you your big goal if you don't read properly this advice and apply it.

So if you didn't get it first time round go back and read it again. And apply it. Making money, achieving your financial goals is not rocket science.

Third: Observation. Observing yourself. Examining yourself closely. Keeping notes, making a record every day of your own personal progress. Becoming aware of your own actions.

Actions which lead inevitably to results of one kind or another. Results which will either make you happy with the work and progress achieved today or results which put you back off track. The ability to make constant adjustments to keep your big goal, your big target in plain clear sight.

When you make progress reward yourself. Treat yourself to something special. This will help you to equate good progress with healthy rewards for all your time and effort put in to realize your big dream.

Anything which isn't aiding you on your path to financial freedom, dump it. Ditch it. Excess baggage will only slow you down. Sure, it might hurt you emotionally at times to 'take to the trash' those activities which you thought would pay you back handsomely but unfortunately are not helping you.

Just get rid of them and focus in like a laser, concentrating all of your mental and physical energy towards accomplishing only those tasks which give you the best ROI for your money, time and energy put in to push you ever onwards to reach by year end your big goal.

Fourth: Don't forget to congratulate yourself. Be appreciative of yourself. Don't be too hard on yourself. Be reflexive. Recognize your inadequacy at times but don't berate yourself too much when everything doesn't go quite according to plan.

When trying to do something different to what you'd normally do, you're purposefully placing yourself outside of your normal comfort zone. Recognize you will make mistakes. Simply learn everything you can from these mistakes made and move on.

Mistakes are natural. They're part of the program of change. It's from these mistakes made often that you'll in actual fact learn the most.

Show gratitude to yourself. Be kind to yourself. Know thyself and learn to accept to get to the smooth ground ahead, sometimes you need to go over and through obstacles which may lie in your path.

Face your demons head on. Challenge them. Smack em in the bloody face if you have to, whatever it takes to achieve your big dream, your big business goal in 2013.

Mental mastery not allowing negative soul robbing, goal thieving thoughts or activities into your mindset, simply recognizing these things for what they are will in the long run make you stronger and stronger emotionally to deal with the challenges still up ahead.

Anyone on this path knows this is a constantly evolving process. It's called self awareness. Knowing thyself.

Launch head on into your future without taking these important life lessons to heart, ignoring all of this advice and you will very quickly head off course. No question about it.

But you, if you've read this far down, you're different. It's what I like and admire about you. And I respect you for it.

You want to make a real impacting positive difference to your life. Correct?

So go back and read the 1st step again.

Sometimes you see, in order to make the most progress forwards rather than simply charging ahead mentally under your own steam, you just need to go round in ever increasing circles to make the path ahead easier to navigate. Strange but true. 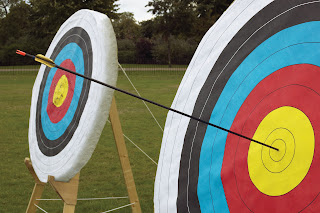 To each and everyone of you...

#2013 #advice #business #business advice #business coach #free #goal setting #make #mentor #money #motivation
Super High ROI Amazon Affiliate Website - Build for You + Coach You to Profit + 1 Year Money Back by Verena
I'll Help You Grow Your Sales, Get Unstuck, or Get Started (100% FREE!) by Tanda Copywriting
View All Offers...
Launch your WSO
Advertise with Us
Advertise with Us