Advertise with Us
For some reason, bowling alleys never crossed my mind to target for any
services but they are VERY profitable if you get your foot in the door.

The owner of a bowling alley in my area called my phone out of the blue last week. Apparently, he picked up my card at one of the many places I leave them.

So we spoke on the phone a bit and sold him on a $250 SMS monthly package over the phone. Later, I went in to talk with him more and get a look around the alley. There are so many possibilities in these alley's it is ridiculous! I am trying to make this owner my best friend because I have so many ideas for advertising CPA/Affiliate products within the alley. Such as the ads on the pin wall. 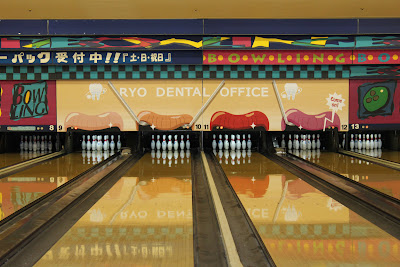 We had a meeting about all of this for about an hour and a half and his jaw was literally to the floor the entire time.

Here is what I proposed to him:

I told him about the possibilities with CPA offers such as anything from email submits to free trial offers. Both will make some insane money for the both of us and will be far more profitable than having a dentist ad up there.

We have another meeting next week and I'm still brewing up more ideas. Just wanted to share this with you guys, if you need someone to go after, Check out the bowling alley's in your area and try to get in touch with the owner, use SMS to get in the door.

It would be cool if you guys bounced more ideas off of this so I can have even more to add next week, plus this could turn out to be a massively profitable thread if more ideas get thrown in the pot!

#alley #bowling #called #sold
Super High ROI Amazon Affiliate Website - Build for You + Coach You to Profit + 1 Year Money Back by Verena
I'll Help You Grow Your Sales, Get Unstuck, or Get Started (100% FREE!) by Tanda Copywriting
View All Offers...
Launch your WSO
Advertise with Us
Advertise with Us