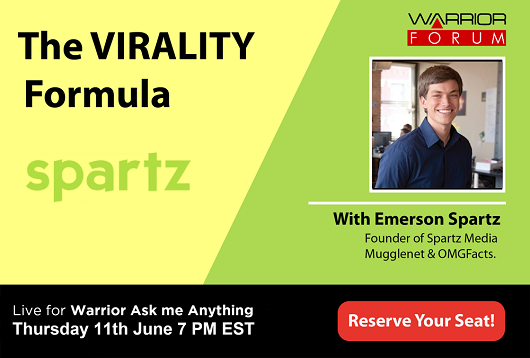 I'm Emerson Spartz. My story: when I was 12 I convinced my parents to let me drop out of school and start homeschooling myself. A month later I created Mugglenet, which grew to become the #1 Harry Potter site with 50mm monthly page views.

I've been studying virality for almost my entire life. Now I'm the CEO of Spartz, a 40-person media company based in Chicago with 45mm monthly uniques. You've likely stumbled across a few of our sites before, like Dose.com and OMG Facts.

Feel free to ask anything, but I'll probably have the most unique perspectives on virality, social media (25mm followers), and rapid learning/retention strategies.