Advertise with Us
This Instagram Influencer (@arii) has recently been getting some heat over her controversial product launch for her brand "Era" because she had trouble selling 36 T-Shirts even with her massive following.

According to her original post, the manufacturing company she was working with had a Minimum Order Quantity of 36 units before it can actually be fulfilled which is why she stopped her whole operation.

There has been a bunch of speculation by people on social media on whether or not this was a legitimate case of her not understanding her audience or if it was actually a staged marketing stunt to gain sympathy and buzz.

Twitter User Jack Appleby (@JuiceBoxCA) makes some excellent points about the whole ordeal in the screenshots below: 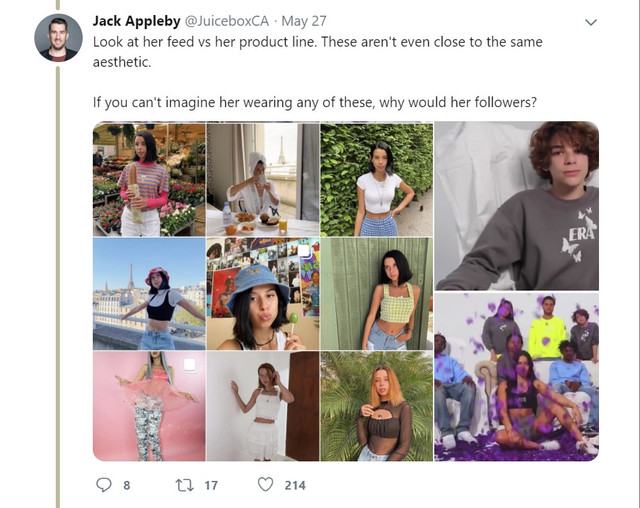 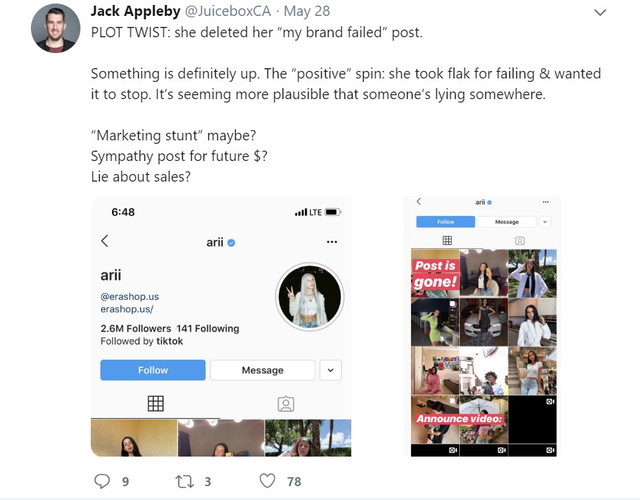 I personally agree with Jack's points that it was likely a PR stunt because by sheer numbers, you should be able to easily sell anything when you have over 2 million followers.

Do you think the influencer bubble is at a bursting point? Or was this her plan all along?

Would love to hear your thoughts! 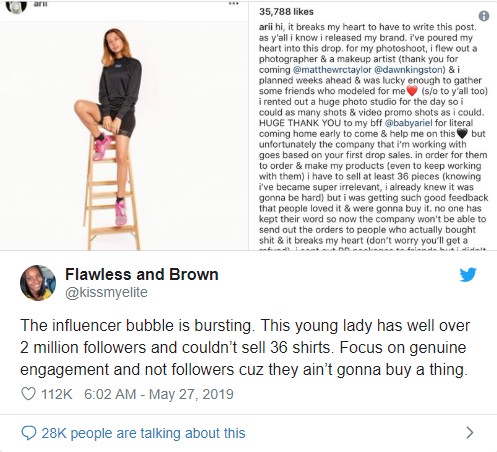