Advertise with Us
Instagram announced a few months ago at the F8 Developer Conference that they would start doing a limited test run in Canada on hiding your post likes.

According to Adam Mosseri (Head of Instagram), they "want people to worry a little bit less about how many likes they're getting on Instagram and spend a bit more time connecting with the people that they care about".

There has been a lot of mixed opinions regarding this change but it looks like Instagram will be moving forward regardless.

It was officially confirmed this week that the Canada Wide Test has ended and they will now begin hiding likes internationally in 6 or more countries.

The countries that this test will start with are:I came across a tweet from a blogger @adamliaw and definitely lean more towards his perspective. 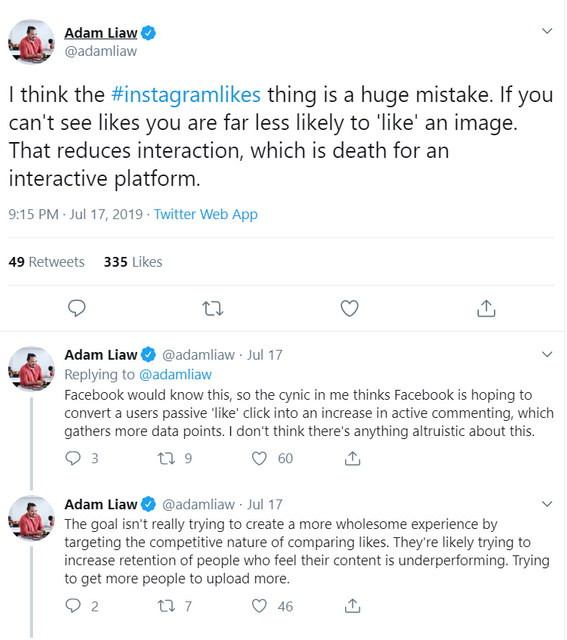 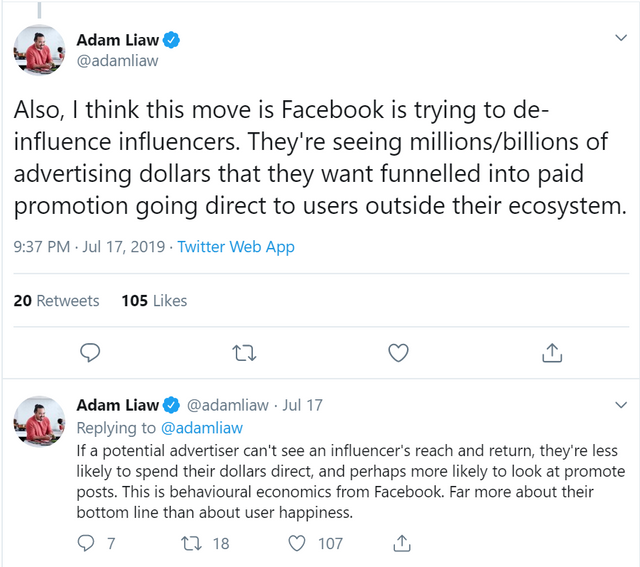 Facebook has been pushing their ads a lot more lately, so creating this initiative to "de-influence" influencers to push advertisers to reallocate their ad spend on the Ad Platforms makes sense.

And as a lot of people have mentioned, likes can still seen by the user itself, so it doesn't look like this would really help in regards to people worrying less about their likes.

What do you think about the removal of post likes?

#ads #facebook #hiding #instagram #internationally #likes #social media
Super High ROI Amazon Affiliate Website - Build for You + Coach You to Profit + 1 Year Money Back by Verena
I'll Help You Grow Your Sales, Get Unstuck, or Get Started (100% FREE!) by Tanda Copywriting
View All Offers...
Launch your WSO
Advertise with Us
Advertise with Us