Advertise with Us
It's mid-November, hence 'tis the season for shopping Christmas presents. I, for one, prefer buying gifts a month earlier because I don't want to shop at the last minute.

So anyway, Snapchat released a report which shows the shopping behaviour of an up and coming segment - Gen Z. Here are interesting insights.

They are pretty hyped about holiday shopping

Over half of the respondents are looking forward to shopping during winter break, and are 50% more likely to holiday shop than non-Gen Zs. Majority of Gen Zs are still studying, so all they'll do is rest and relax. 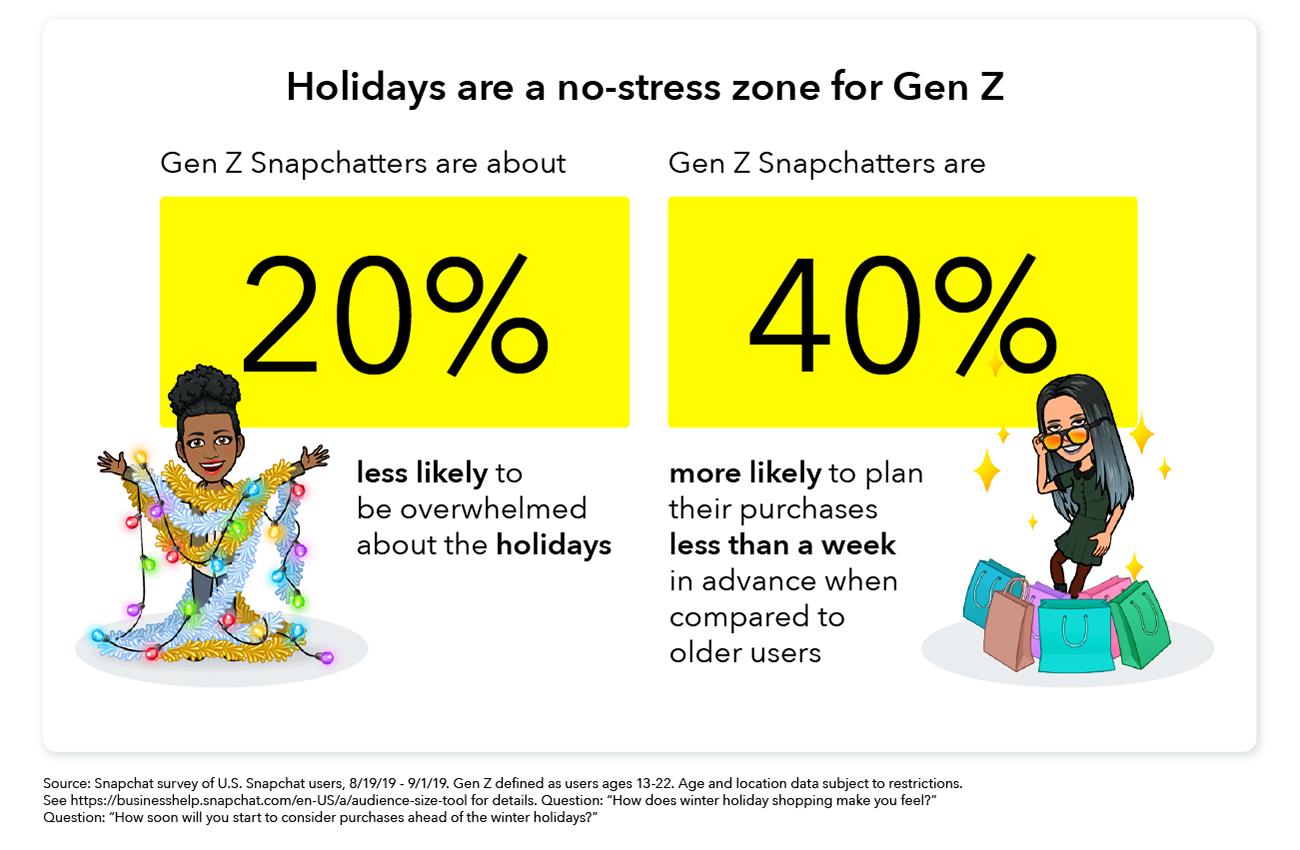 They are more likely to make impulse purchases

Gen Z Snaptizens are 40% more likely to plan purchases less than a week in advance compared to their older counterparts. There is room for last-minute holiday deals, then.

Over 70% of Gen Z users intended to shop at physical stores, which will put pressure on stores which have online-only presence. 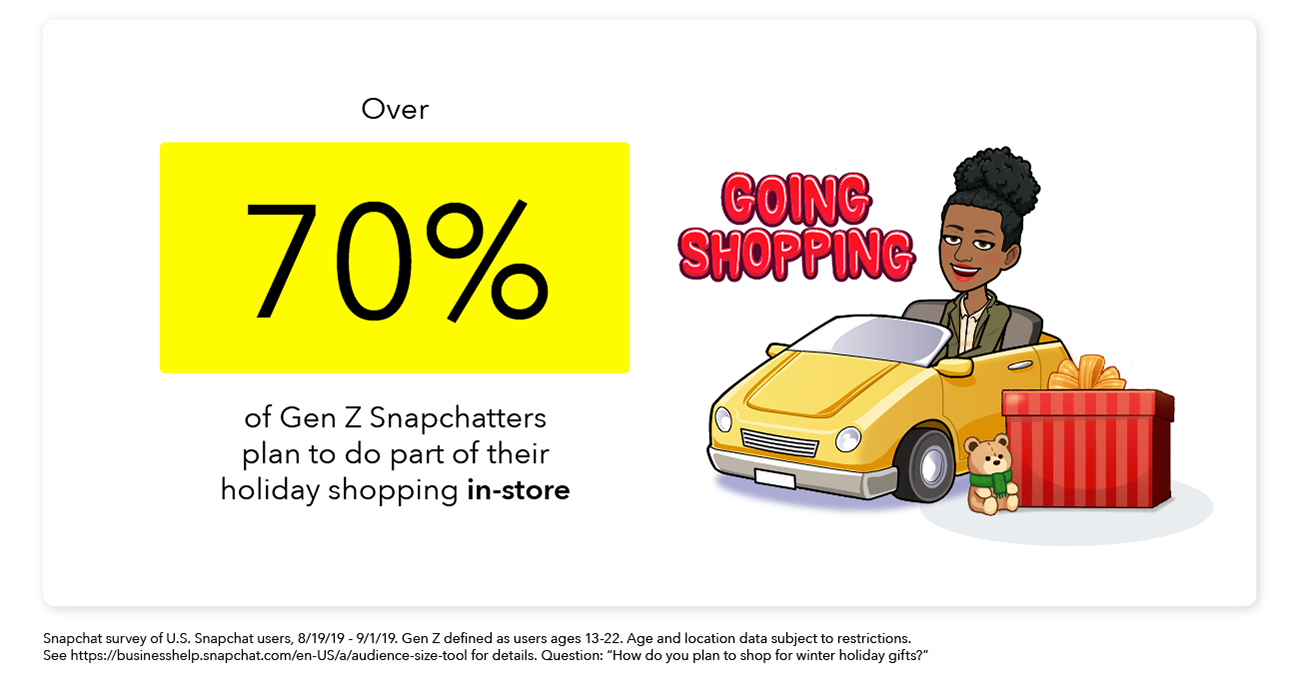 They won't hesitate spending more than $250

Despite their age, 67% of Gen Z users will splurge $250 or more to buy that new AirPods Pro to their significant other. 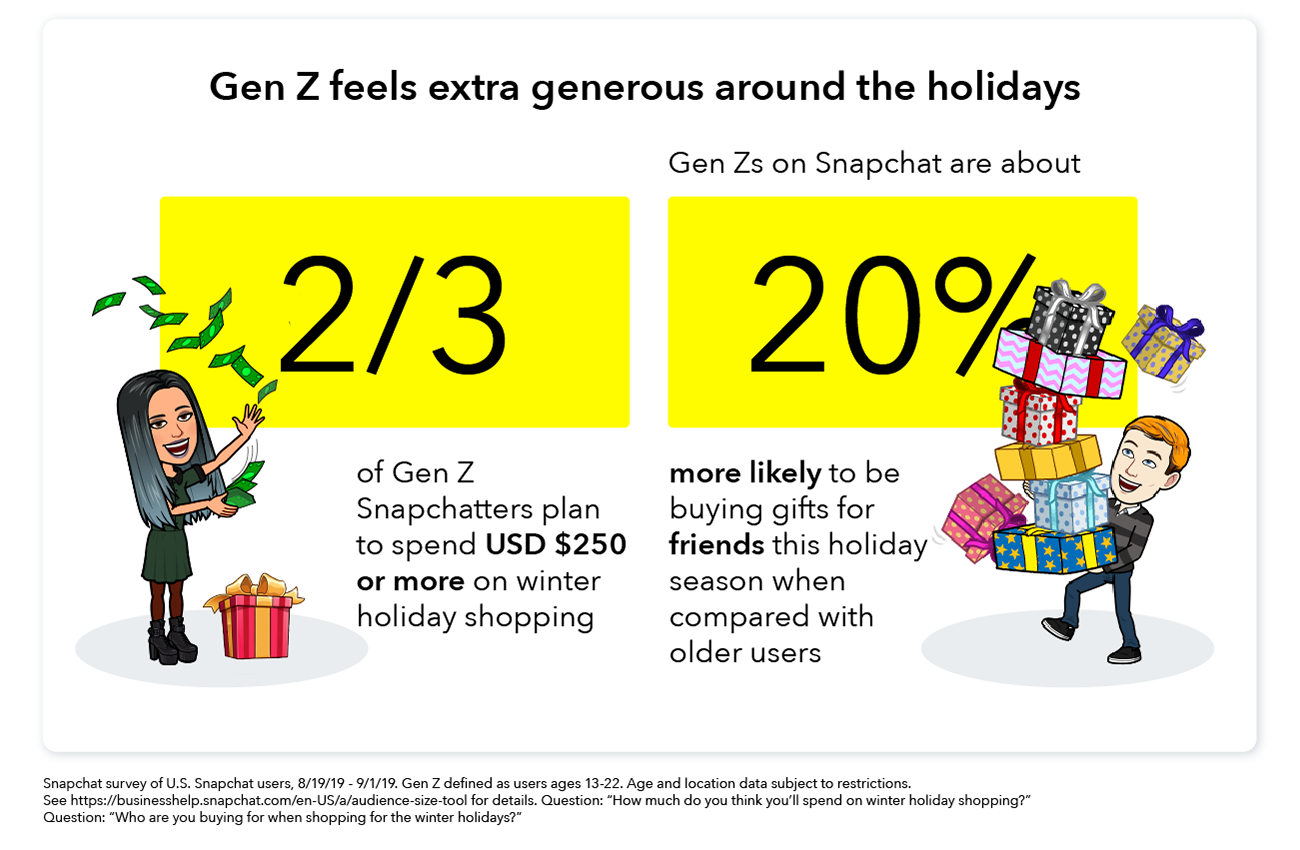 They will shop for friends too

Gen Z Snapchatters won't just limit their spending to their families - friends are in the fray too as they are 20% more likely to buy their BFFs a little something compared to older users.

Shopping has no holiday, and Gen Z will still shop for deals even after the winter break. 40% of Gen Z users will most definitely hunt for deals which will get the most bang for their buck. 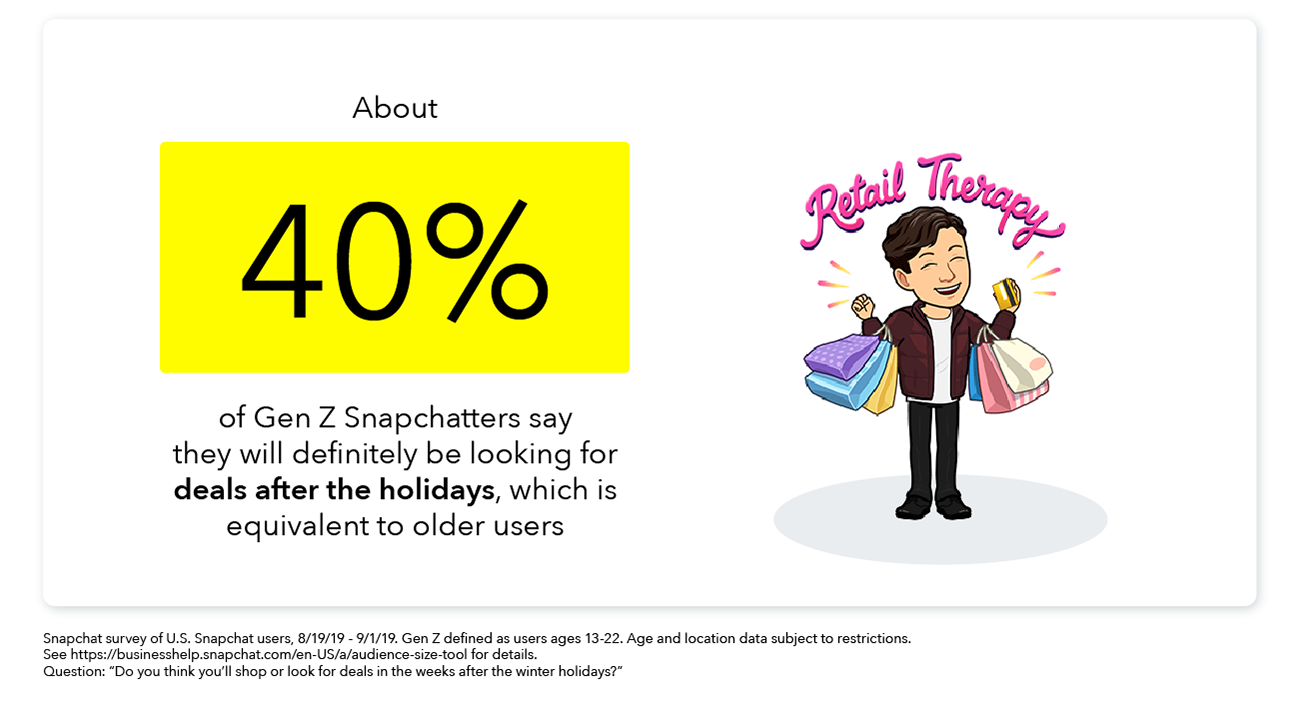 Okay I never realised until reading this, but Gen Zs really will splurge for gifts. And that they are willing to buy even north of $250?

What do you think? If your audience is from the Gen Z, how would you sell to them?

#gen #holiday #insights #releases #report #shopping #snapchat
Super High ROI Amazon Affiliate Website - Build for You + Coach You to Profit + 1 Year Money Back by Verena
I'll Help You Grow Your Sales, Get Unstuck, or Get Started (100% FREE!) by Tanda Copywriting
View All Offers...
Launch your WSO
Advertise with Us
Advertise with Us