Advertise with Us
Social Media Today reports that Twitter just revealed the initial results of a change it made back in June this year. That's when it added pop-up alerts to articles that users had been retweeting without actually opening and reading the material inside.

It's been three months since this feature rolled out and now Twitter has revealed how that's been going. According to the platform. It turns out; people open up material 40% more often after seeing the new prompt. Users opening up articles before they retweeted is also up by 33%

Twitter says that some users end up not retweeting after they've bothered to open up the article and read it. However, that was probably the intention in the first place when the new feature got launched. It seems the measure has been successful. After all, 40% and 33% are both significant changes, and that's likely to have resulted in considerable quality improvement with regard to rewets. Prompts can be useful in making people stop and think before they decide to spread information, and that's probably not a bad thing. It's all too easy to pass material on when using social media, even though it might not be the best decision every time.

It's not the first time we've seen that sort of 'share friction' take effect and produce results. The article here reminds us that Facebook added similar prompts back in 2016 - this time in relation to fact-checking. Once third-party checkers had flagged a post, users then got a pop-up asking them to think again before retweeting, although they weren't forbidden to pass on the information. 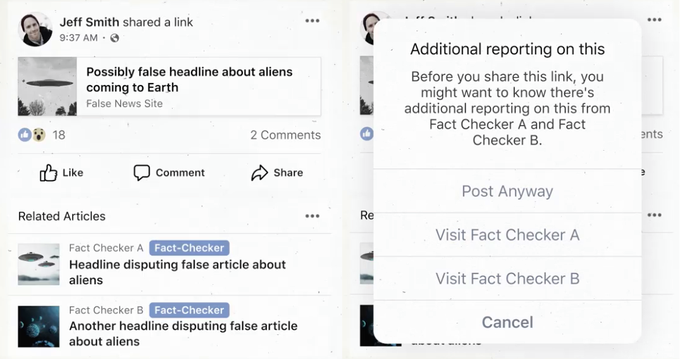 Facebook also recently introduced prompts applying to shared content that's more than 90 days old. Free speech supporters have criticized labels like this, but they seem to have a big impact. They also encourage users to read more on the platforms concerned - which is hardly a bad thing, right?

#– #bad #content #effectiveness #good #prompts #read #revealed #sharing #thing #twitter
Super High ROI Amazon Affiliate Website - Build for You + Coach You to Profit + 1 Year Money Back by Verena
Book 15-30 Sales Calls For Your Agency Or Online Business Every Month by Tanda Copywriting
View All Offers...
Launch your WSO
Advertise with Us
Advertise with Us