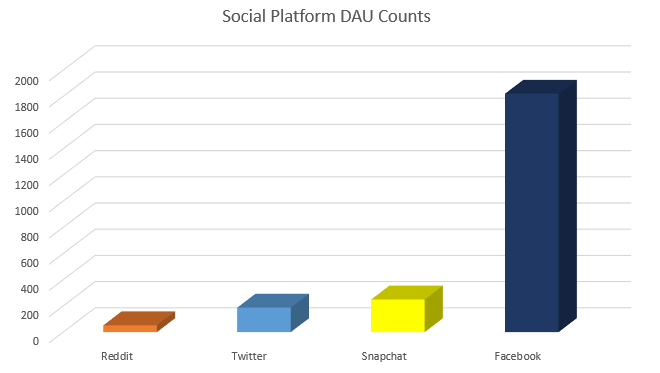 The photo above shows a comparison of Reddit's DAU compared to other platforms. Yes, Reddit isn't Facebook and the numbers are way off the rest. But Reddit is growing, and the 52 million active users is nothing to scoff at considering the vast communities available on Reddit. There's a subreddit for basically every topic you can think of.

It may not be the top platform in mind, but Reddit has opportunities. Chime in.

#active #daily #million #reddit #reports #users
Bumping your thread by WarriorForum.com
(DONE FOR YOU) 45%+ Converting Landing Pages EVERY MONTH! by DomasG
View All Offers...
Launch your WSO
Advertise with Us
Advertise with Us