Advertise with Us
Forbes reports that, as 2020 comes to a close, these social media apps are the ones that occupied America during lockdowns and pandemic measures. 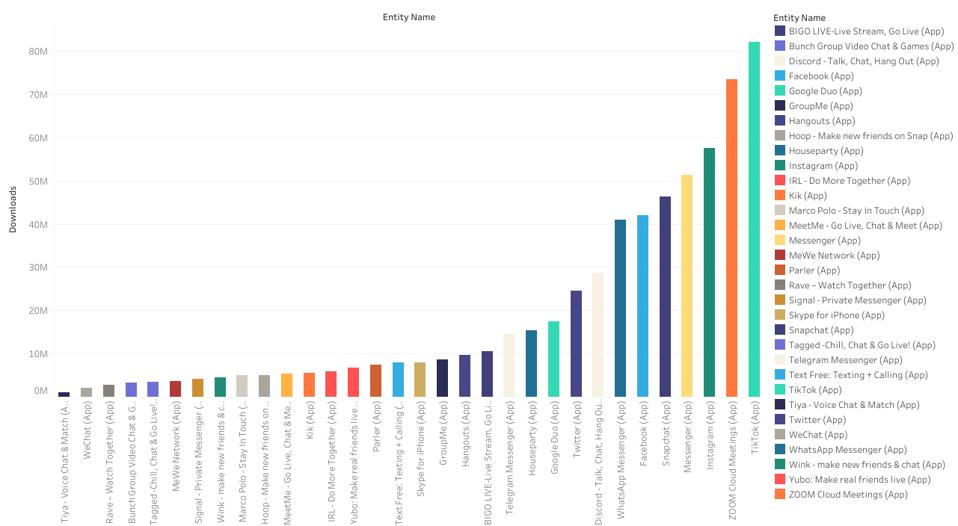 Popularity here gets based on the most downloaded apps, not total users -- and that's across both iOS and Android, measured between January and November 2020. All the figures come from Apptopia, which is a software and data analytics company.

TikTok won through, in spite of the US president making numerous attempts to ban the platform. The app scored more than 82 million downloads in 2020. Insta has recently tried to copy the Chinese-owned social media app, and that suggests that Reels isn't going to be enough to topple the platform in 2021 - but that remains to be seen. The author's sister - a Gen Z TikTok fan, comments:

#2020 #apps #apptopia #forbes #media #social #top
Bumping your thread by WarriorForum.com
(DONE FOR YOU) 45%+ Converting Landing Pages EVERY MONTH! by DomasG
View All Offers...
Launch your WSO
Advertise with Us
Advertise with Us