Advertise with Us
A new article on Social Media Today reports that after another major incident of racist abuse online, targeted at members of the English football team, Facebook has provided a new overview of how it's working to address such attacks, and stop people from experiencing race-based abuse across its platforms. 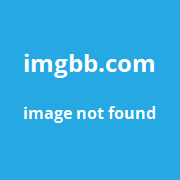 Following England's loss in the European Championship final on Sunday, social media trolls posted hundreds of racist remarks, attacking the three Black players on England's soccer team, which included the use of emojis as an abuse element - which Instagram's systems didn't initially pick up. This from Facebook:

"We are appalled at the abhorrent racist abuse some members of England's football team experienced after the Euro 2020 final last weekend. This is an incredibly serious issue that we've been working on for years, which has included working directly with football organizations and law enforcement."

While racism is a societal issue and not confined to social platforms as such, Facebook needs to ensure that it doesn't provide any amplification for the same in order to do its part to reduce its impacts. More from the platform:

"We don't allow attacks on people based on their protected characteristics, which include race, religion, nationality or sexual orientation. If we're made aware of any words or emojis being used to attack people based on their race, we remove them because they violate our policies. We publish our hate speech policies in our Community Standards and Instagram's Community Guidelines."

In the latest incident, emojis being employed as a racist marker wasn't initially identified, which Instagram chief Adam Mosseri has acknowledged. Facebook says it identifies hate speech by using a combination of artificial intelligence and human review:


#2020 #abuse #combat #efforts #euro #facebook #online #overview #racist #wake
[Gyuman82's Newb Website Bootcamp] Get Your Website To The $100/Day Holy Grail Newb Milestone! by GyuMan82
Bumping your thread by WarriorForum.com
View All Offers...
Launch your WSO
Advertise with Us
Advertise with Us