Advertise with Us
A new article on Adweek reports that the brand leaned on tech nostalgia and fan-led content. 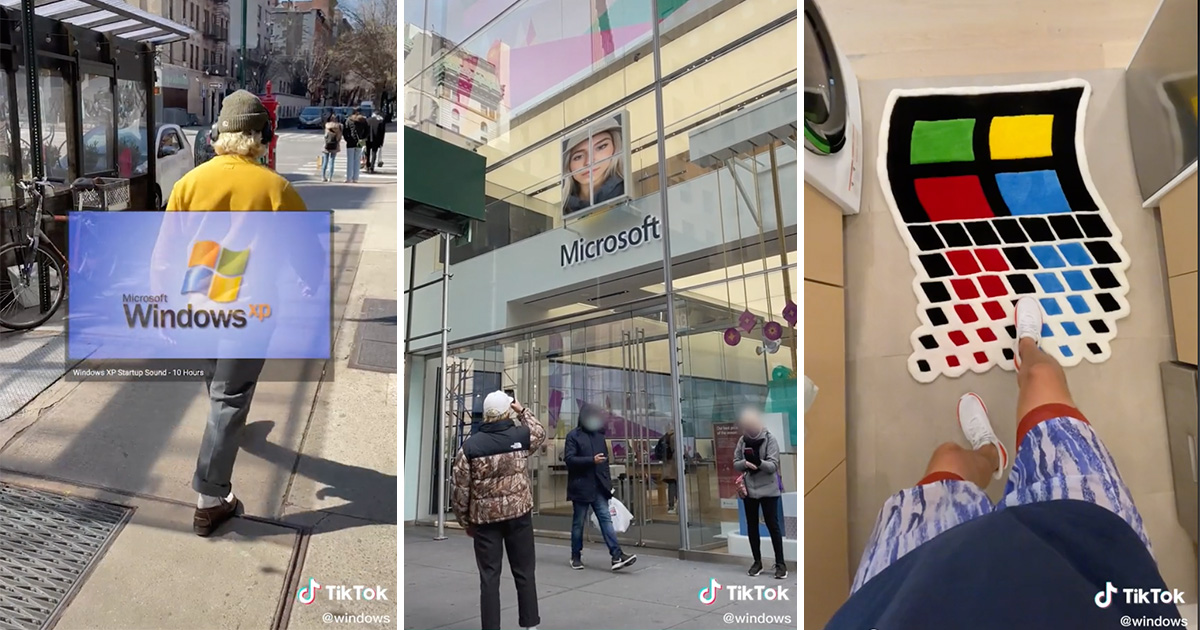 Like many brands on TikTok, Microsoft Windows was seeking attention, but from the one person who wouldn't listen. The object of Window's affection was TikTok comedian Emily Zugay, known for making fun of brand logos and offering her own goofy redesigns.

After Windows commented relentlessly on her videos, the creator finally gave the Windows' four-paned blue window-shaped logo the Zugay treatment, replacing the blue squares with a photo of her face. Microsoft, in turn, put Zugay's version of its logo on one of its stores in New York and--of course--made a TikTok about it. To this day, Zugay remains the only account that Windows follows.

The Zugay stunt, which is the most-watched video on the Windows account--one of several Microsoft brand accounts on TikTok--is emblematic of the brand's strategy on the buzziest social platform: instead of telling consumers how to perceive it, Windows leans on how people already see the brand, making silly puns with the company's name and leaning into nostalgia for old Windows products.

"On our Windows channel, 70% of our engagement comes from reactive and trend pieces," said Biz Hennigan, senior vice president, client lead at Superdigital, the agency that works with Microsoft on the Windows TikTok account. "We spend less time curating the perfect calendar and [instead] have people that are a part of the platform inform what we do next for our brand."

The strategy has helped Windows achieve a relative rarity for brands: a legitimately popular TikTok account. Windows surpassed 1 million TikTok followers on August 1, less than a year after starting the account. Its videos have received 11.2 million total likes, with some achieving more than 10 million views. This isn't bad for a platform where viewers tend to be allergic to traditional advertising.

"A lot of branded TikToks seem like they're on the platform to be on the platform," said Nora Birch, creative strategist at creative agency Carson & Doyle, noting Microsoft Windows is successful partly because its videos feel like creator content. "You don't mind that content flooding your screen."

Is this TikTok approach unique among massive companies? Does any other organization manage to create content that feels genuine?

#company #followers #microsoft #million #months #reached #tiktok #win
Super High ROI Amazon Affiliate Website - Build for You + Coach You to Profit + 1 Year Money Back by Verena
Book 15-30 Sales Calls For Your Agency Or Online Business Every Month by Tanda Copywriting
View All Offers...
Launch your WSO
Advertise with Us
Advertise with Us