Advertise with Us
Meta views Reels as the "future of video" on its platforms, with short-form content interaction being one of the only positive growth patterns across its applications at the moment.

It's unclear if this is due to more individuals looking to watch Reels, or Meta pouring more of them into feeds - but Meta obviously wants to double-down on Reels material, which means it needs to pay Reels artists a higher revenue share in order to keep them uploading. 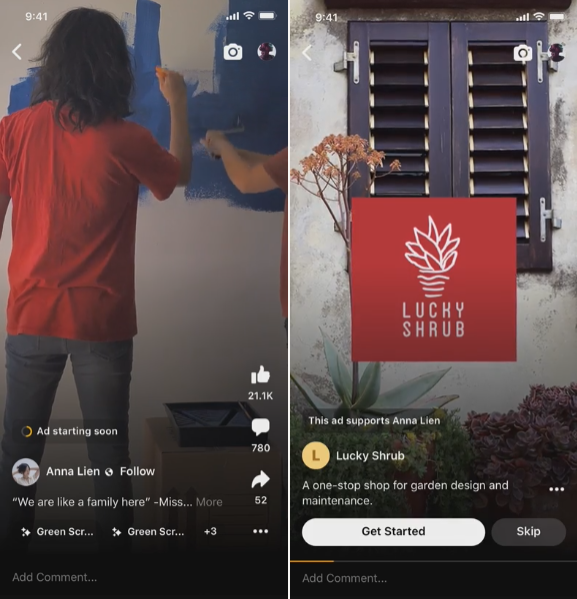 As shown in this example, as you approach the conclusion of a Reel, some Facebook Reels will now display a 'Ad beginning soon' indicator, which will subsequently transition into a post-loop ad. When the advertisement concludes, the original Reel will restart and loop again.

As previously said, it might be a means to more directly monetise Reels material, albeit the interruption is unlikely to be appreciated by viewers, and it will be fascinating to see what the actual view rates on such commercials are. It'll also be fascinating to watch whether Meta attempts to credit those ad views to the original Reel, and how that may affect revenue share for Reel authors.

#facebook #meta #options #reels
Super High ROI Amazon Affiliate Website - Build for You + Coach You to Profit + 1 Year Money Back by Verena
Book 15-30 Sales Calls For Your Agency Or Online Business Every Month by Tanda Copywriting
View All Offers...
Launch your WSO
Advertise with Us
Advertise with Us