Advertise with Us
A new article on Social Media Today reports that Pinterest has announced the next step in its international expansion, with the platform adding support for Afrikaans, Croatian, and Bulgarian language Pins, broadening global accessibility in the app. 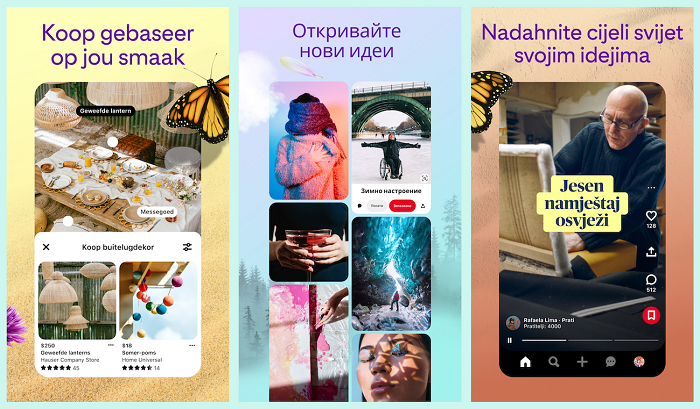 International expansion, and building on its business opportunities, is a key focus for Pinterest, because while the majority of its users are now outside the US, Pinterest still generates almost 84% of its income from North American users.

Pinterest is still in the process of expanding access to its ad tools, with Pinterest ads only recently launched in Argentina, Chile, and Colombia. That's a crucial step in maximizing its revenue potential, and if it can provide more connection and business options in more regions, there's significant scope for the platform to boost its revenue intake.

#inapp #languages #pinterest #rolls #support
Super High ROI Amazon Affiliate Website - Build for You + Coach You to Profit + 1 Year Money Back by Verena
Book 15-30 Sales Calls For Your Agency Or Online Business Every Month by Tanda Copywriting
View All Offers...
Launch your WSO
Advertise with Us
Advertise with Us