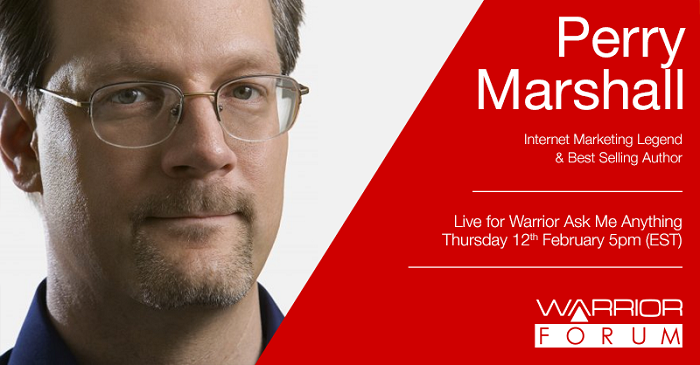 Perry Marshall here. I'm doing a free Warrior Ask Me Anything event Thursday February 12 at 5pm EST. You really can ask me anything but great candidate topics would be...

...and of course Electrical Engineering. Just in case anybody wants to be one of those guys :^>

#430pm #ask me anything #est #february #forum #marshall #perry #perry marshall #warrior
[Gyuman82's Newb Website Bootcamp] Get Your Website To The $100/Day Holy Grail Newb Milestone! by GyuMan82
Bumping your thread by WarriorForum.com
View All Offers...
Launch your WSO
Advertise with Us
Advertise with Us