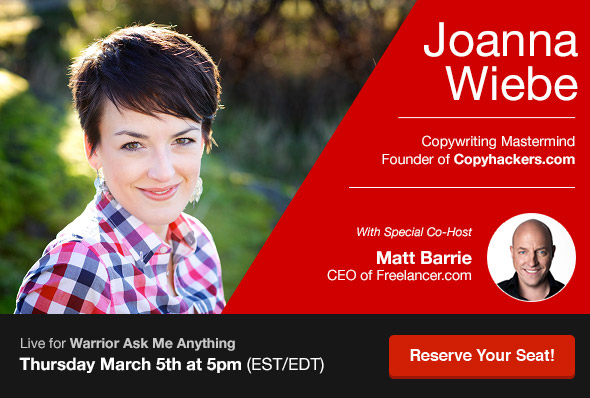 
I'll be doing a WAMA in a few days - and I'm ready to answer basically any Q you've got when it comes to conversion copywriting.

It's not "creative copywriting."

It's not direct response.

So... if I'm here to talk about conversion copywriting, you may want to ask me questions like:

- Joanna, is it true that the headline is the most important element on the page?
- Joanna, what's a great trick for increasing my email open rate?
- Joanna, I've increased clicks throughout my funnel, but I can't seem to get people to use their free trial - what am I doing wrong?

Got Qs about copy tests you should run? Or about how to optimize your copy so it performs for today's audiences using today's devices? Cool! Fire away.