Earth freezes over, and a small colony survives two thousand years in the future to find a mutated world that threatens their very existence

Earth Child is a trilogy that unveils how Fairy and Mutants emerge on Earth after an alien-induced cataclysm that destroyed all civilizations in 2065, which left a single person occupying the International Space Station to watch the devastation firsthand.
A freelance group of scientists discovered the climatic trend and escaped the disaster, but little did they know that forces beyond their comprehension were managing the future of humanity. Once the survivors emerge from their stasis pods, they realize that the Earth they once knew has drastically changed. They find themselves two thousand years in the future, in a place where the logic they once understood held no meaning. Moreover, the newly evolved world is aggressive and seems determined to destroy every last survivor.
Dr. Spencer and Malica have more plights than this incomprehensible new planet. Some leaders force the colony to create a secluded settlement that avoids all interaction with the magical land, which others disagree with. But their most significant dilemma is revealed when the female colonists cannot bear children. After years of scientific struggle to solve the crisis, Dr. Spencer stumbles on a breakthrough, but its ramifications will haunt him forever. 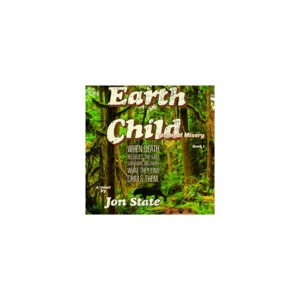