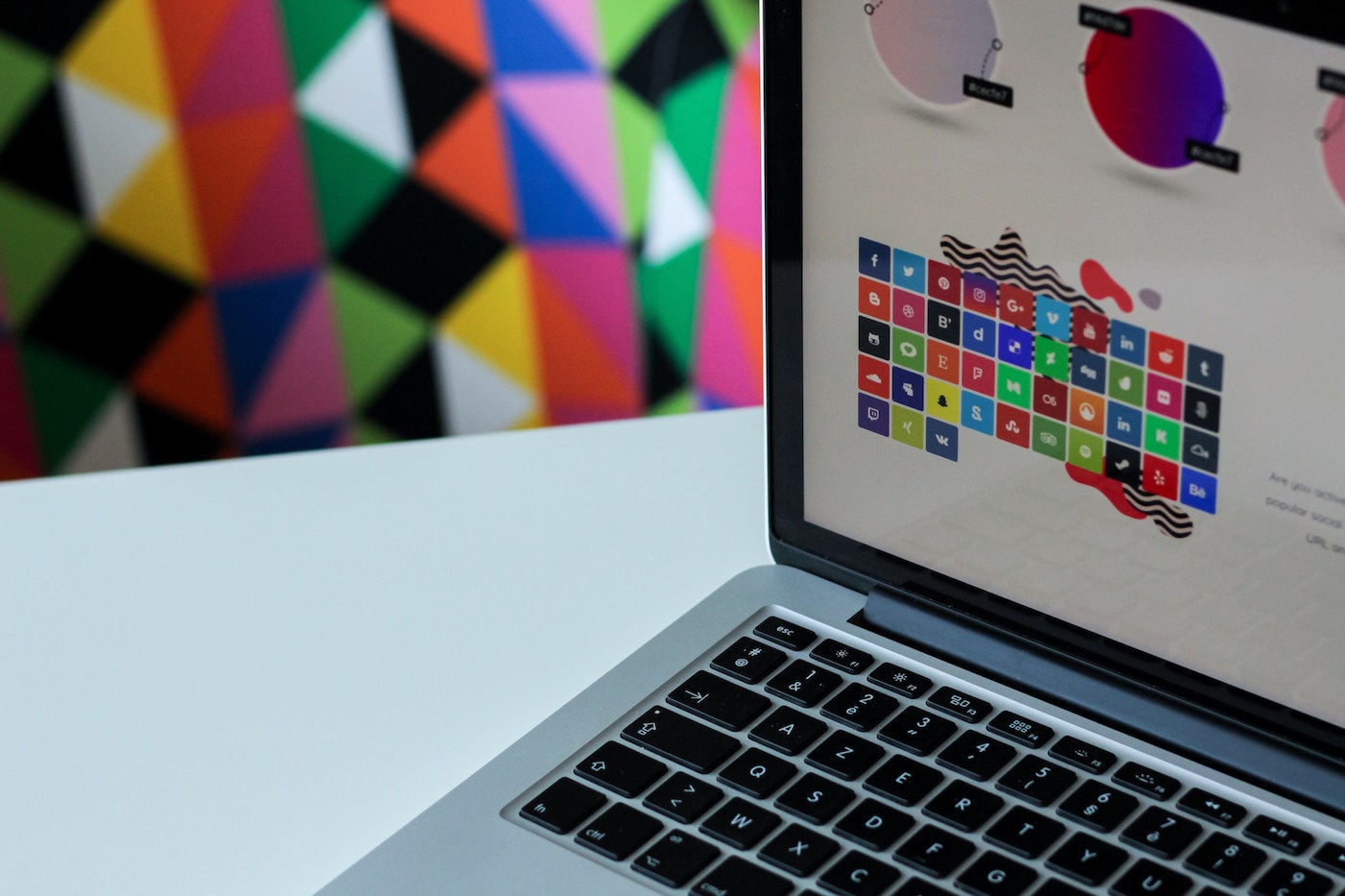 It seems like you can’t attend a networking group or throw a ball without hitting someone who is a social media "marketer.” It wasn't too long ago when social media was synonymous for cat memes and chocolate rain, but now it is the driving force behind many huge brands. There seems to be no rhyme or reason why something has viral magic (there are a few new studies showing potential common themes). It has the power to join communities or ruin a reputable brand almost overnight. Navigating this social minefield has made many businesses shy away and resist engaging directly on social media. By the end of this you will have a better understanding of the psychology behind what puts the "social” in media, by someone qualified to teach psychology. Sit back, grab your favorite drink, and enjoy this analysis.

You Are Narcissistic. I’m Just Awesome.

Narcissistic Personality Disorder (NPD) was considered for removal or significant changes from Diagnostic Statistical Manual V (DSM-5) www.apa.org. (The DSM-5 is the standard diagnostic tool used by psychiatrists, psychologists, and counselors to define what qualifies as a mental illness, the common symptoms, and what the accepted name is of a specific mental illness). While completing my masters’ coursework, the potential change to NPD was a highly debated topic. We could go into the details, but at the end of the day it came down to how subjective it was to diagnose, even as professionals. Narcissistic Personality Disorder is easily misdiagnosed and not surprisingly, partly attributed to the rise of social media making behaviors traditionally associated with the real disorder harder to discern from new regular behavior. Think about how many posts are about others in your own feed. I would be willing to bet that a majority of your posts are self-focused. You had to share that photo of that cute cat, because you liked it. That crazy driver post, because you wanted reassurance that you were not at fault. Think about any status or picture you post: there is an underlying reason as to why it is about you.

Now that I have everyone thinking “No Way, Jason! I am not a narcissist!” Don’t worry, it’s likely not your fault. It is human nature to be self-preserving or slightly narcissistic, meaning it is normal to care about one’s self-worth and personal survival. Social media just gives you an outlet for that natural tendency. An actual narcissist wouldn’t care about how self-serving their posts may be perceived. They would think about how they never do anything close to being a narcissist and would likely comment below about it expecting the praise of others.

Why does this matter to social media marketing? If we focus our brand or marketing efforts to ourselves, we alienate our customers from engagement. Think about any successful brand ad or even a high engagement post you had. More likely than not it was audience-focused instead of you-focused. The hardest part of a social media strategy is to change that focus from ourselves to our customers effectively. If that wasn’t the case everyone would be doing it.

Are We All Just Trained?

The driving force behind why we tend to latch into our social media posts is not only due to narcissistic tendencies, but by being trained to by conditioning. Some may recall learning about Pavlov’s dog (he trained a dog to salivate at only the sound of a bell with the expectation of food. For fans of the Office, Jim trained Dwight to respond to Altoids due to the sound of his computer. Watch the clip here.) Pavlov’s dog, or classical conditioning, can be defined as a trained physical response to expected reward. In social media, the reward is gratification from others responding to our need for human contact (Positive social contact triggers neurotransmitters in your brain similarly to how hard drugs will affect you, but I will not go into detail here).

B. F. Skinner expounded Pavlov’s experiments and came up with the theory of operant conditioning and variable schedules. Skinner tested Pavlov’s experiment but also wanted to determine if the schedule of the rewards or punishments mattered for behavior to be learned and maintained or stopped. He found that random rewards had the largest effect on learned behavior. His test rats stayed engaged in the desired behavior longer over instant gratification. Gambling is a prime example of a randomized operant conditioning schedule: the potential to win keeps you playing even when you lose. The same is true with social media. The potential for a viral post or a "like" keeps you checking back regularly and posting for those social rewards.

Brands can and do utilize this for awareness and engagement. If you have randomized engagement and rewards based off responses you may just have higher potential for virality, the golden goal of social media that everyone seems to be chasing. Many brands think of contests when they try to plan on helping something become viral, but instead think about finding ways to introduce randomness. One example is featuring a customer in a spotlight post or increasing ways for discussions to happen on your pages. Contests are great but remember that comment notifications can be just as powerful to your customers as winning something is.

Social Psychology Does What?

One key aspect of social psychology is summed up by a disheartening frequent example by people in crowds who do not seem help those in need it. The bystander effect (Bibb Latane & John Darley), which simply put: people, when in a crowd, will have defused responsibly to act. You see this when a crowd witnesses a horrific accident or event and no one moves to help. Everyone believes that someone else will jump in and it is not until someone challenges that social norm and act, when others join them. This is also true online with social proof or when people lash out at a brand. For those who may not be familiar with social proof: it is the collective response of people reinforcing your brand such as reviews or comments. It “proves” that others find significance in what is talked about. If others participate in the discussion they contribute to the growth of the crowd voice and can have either a positive or negative effect.

Since we know that people love to talk about themselves, if you can facilitate that with your brand advertising you may get more reach, and more people may interact with your posts and content. That does not mean that every post has to be about your customers, but if you create a community for dialog, people will engage and you can use the bystander effect to your advantage.

How Do You Create A Community? I Don’t Even Have The Budget Or Time To Create One.

Social Presence Theory (Short, Williams, and Christie, 1976) proposed that people perceive others to be interacting with them and present even if they are not. Which means that a brand can build an identity through interactions on a social media page and others’ comments without needing to have any in-person connection. The same way talking to someone on the phone makes you feel as if they are in the room with you, or a vacation photo from someone can help you imagine as if you were there. (I will be going in depth on this and many other psychological marketing principles in future posts so you can bookmark us.)

Consumer social identity was hypothesized and tested by Champniss, Wilson, and Macdonald published “Why Your Customers’ Social Identities Matter” in Harvard Business Review, 2015. They found that community identity can be built and also shift almost instantly (in just 20 minutes) without much effort from the brand, which directly impacts customer behavior. The researchers invented a smoothie brand to pitch “draft marketing ideas” to participants and randomly assigned them to three different groups. The first group was lead to believe they had “superior creative skills”, while the second group were just told they were participants, the third group was informed they were chosen to help create a “pro-sustainability brand”. The first and third groups engaged more, completed more company requested actions, pledged money, and volunteer time to charities the “brand was working with”. This was in direct contrast to the second group which under performed in all areas. Interestingly enough the participants were not all from the same backgrounds nor had any documented prior attitudes towards sustainability/environmental concerns (meaning they did not have to hold the belief of the assigned group before the onset of the group creation).

This means that you don’t have to break the bank building an engaging brand if you project an engaging identity to your customers and work on building social proof. The power of social media marketing for brand building means that you can engage many different backgrounds and groups, if you correctly create a shared identity.

How do you create a positive shared identity?

There are some common themes that I have seen with the brands I have worked with.

If you keep these psychological social media marketing fundamentals in the back of your mind you can create a more engaging brand. Remember we are creatures of habit and if you find ways to keep people engaged they will keep coming back. Social media is not hard, setting yourself up for engagement is the complicated part.

I specialize in human beings, marketing, business evaluation/ development, and process improvement. I have a Masters in psychology and worked in corporate business making process improvements and handling executive level public relations complaints. Being a small business owner myself, I understand the difficulties associated with it and the bottom line. I have over 10 years of bringing process improvements, market strategy, and employee optimization to the table. I have worked with a wide range of people..