Advertise with Us
A new article on Martech.org reports participants gave native video ads a 59% favourable rating, compared to 50% for social. 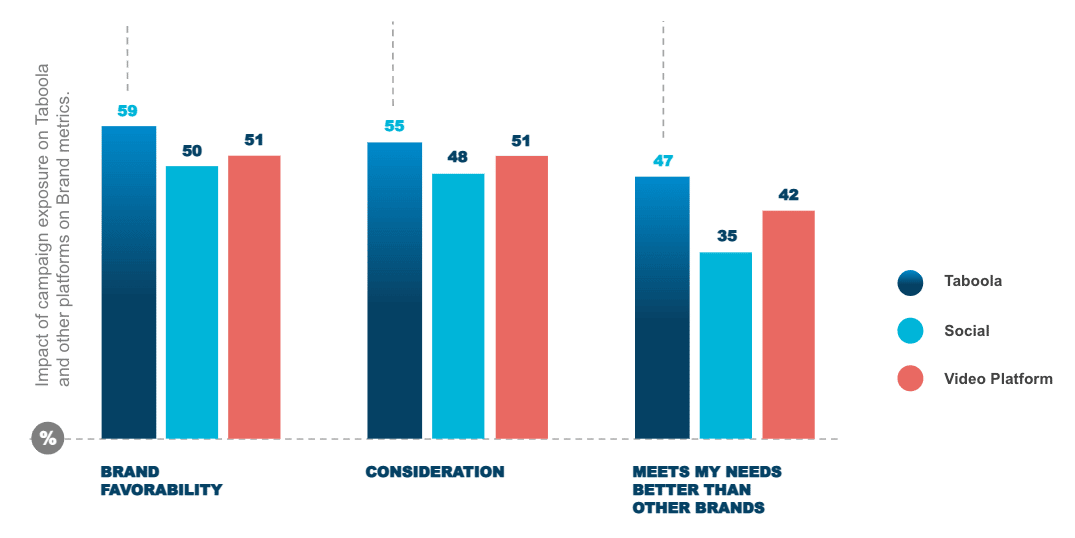 I think that's a very striking piece of information, and I'd e interested to get your own views on that. Are you surprised by this or not, and in either case, why?

Apparently, native video ads have a greater impact that video ads on social and video platforms, a new study from Kantar reported. The Multichannel Brand Impact study measured video ad effectiveness for brand goals in native environments against other environments.

In terms of favourability, participants in the study gave a favourable rating 59% of the time when exposed to a native video ad. That number dropped to 50% on social platforms and 51% in a video platform environment.

When native video was combined with social video ads, the awareness climbed to 49%.

Taboola, which sells content discovery and native advertising products, sponsored the study. According to Adam Singolda, CEO and founder, "With industry estimates indicating that video advertising in the US will reach nearly $50B this year, brands have a lot of opportunities to influence customers, as long as they're choosing the right platforms and mix of platforms to relay their messages.

Social media seems to increasingly be where consumers receive word-of-mouth recommendations from family and friends, so isn't that vitally important for marketers?

I mean, yeah, social is also a highly-contentious space, full of distracting and controversial politics and other turnoffs. So, does that also mean it's not the ace in the hole it once was?

Is it time to start complementing your social efforts with activities in other native environments in a digital video campaign?

#content #media #social #study #tops #type
Partner With Me And Earn 50% From Growing List Of Clients Plus Thousands In Daily Bonuses by bizlinkx
Super High ROI Amazon Affiliate Website - Build for You + Coach You to Profit + 1 Year Money Back by Verena
View All Offers...
Launch your WSO
Advertise with Us
Advertise with Us