Advertise with Us
Pinterest shared its most recent performance update, which shows growth in both users and income, neither of which is a significant swing in larger terms, but both, most significantly, moving higher once more.

To begin with, Pinterest added 12 million new users in the third quarter, bringing it back up to 445 million monthly actives, precisely where it was at this time last year. 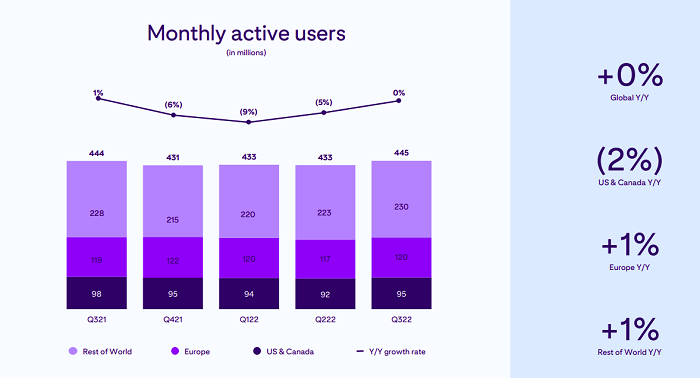 As can be seen, Pinterest experienced the largest growth in the 'Rest of World' category, however it also attracted 3 million users in the US and Europe. This is still less than the 98 million North American users it had last year, but any growth is welcome after three years of loss in its most profitable region. 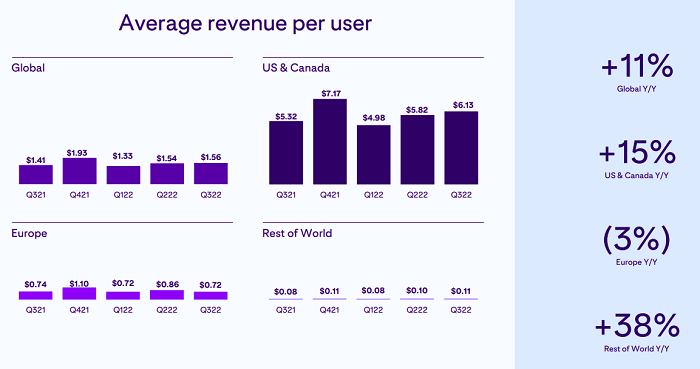 This is the most important area in which Pinterest needs to improve, because while it is expanding in other places, indicating future possibilities, you can see how enormous the gap between the value of US and other users is.

Pinterest attributes its growing popularity to higher video interaction, with video content supply in the app increasing threefold year on year. Pinterest's Stories-like alternative, Idea Pins, has been a big winner in this regard, and the company is also aiming to capitalize on the live-stream commerce trend, which has yet to take hold in Western markets but could become a crucial possibility for the commerce-focused app.

This would also offer up new revenue streams, and Pinterest earned $685 million in Q3, up 8% year on year. 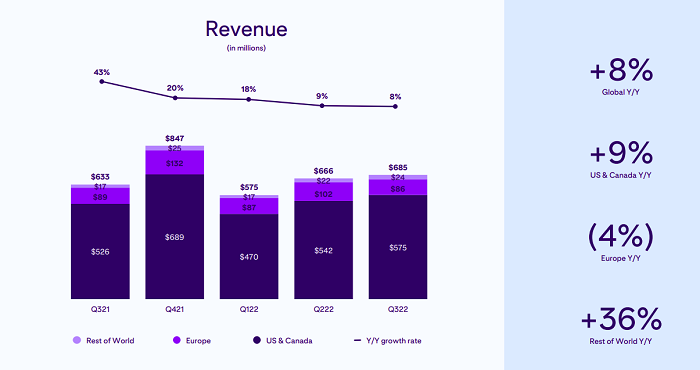 If Pinterest can increase its appeal to younger users, it may become a more valuable tool for the latest trends, which could be a big plus.

#increased #pinterest #revenue #sees #usage
Super High ROI Amazon Affiliate Website - Build for You + Coach You to Profit + 1 Year Money Back by Verena
Book 15-30 Sales Calls For Your Agency Or Online Business Every Month by Tanda Copywriting
View All Offers...
Launch your WSO
Advertise with Us
Advertise with Us